On Friday, January 20, 2023, according to a newsletter sent to counselors, the University of Southern California (USC) admissions officers admitted its first ever class of approximately 2400 Early Action candidates, a 5.9% admit rate.

40,600 first year applicants requested admissions by the November 1, 2022 Early Action deadline, which was also the deadline for any students to be considered for merit scholarships. The remaining 38,200 Early Action candidates will automatically be deferred to the Regular Decision pool, adding to the 40,400 students who applied by January 15, 2023.

USC admissions officers implemented the Fall 2023 Early Action policy for the first time, succumbing to the pressure in the increasingly intense Rat Race of College Admissions, where institutions are also competing amongst themselves for candidates, as much as students believe they’re competing with other students for acceptance to the college of their choice.

Thus, likely, students who seemingly “fit” all the criteria, including the middle 50% of admissions stats from the last several years, may still be denied admissions. When admissions officers have a larger pool of candidates, the difference between admit and deny can be seemingly slight, likely imperceptible, then fodder for speculation and the myth of college admissions as a lottery-like process.

So, for high school juniors, waiting to apply, who already fear “being rejected”, may submit more applications per person as a “hedge” for denials, which only increases the likelihood of maintaining subjectivity in admissions.

Instead, high school juniors and their families can seek value in a college, which starts with understanding the student’s talent. Then, students apply to universities where they are more likely to gain confidence in their aptitude, thus defining a purposeful life.

For over twenty years, Creative Marbles experts have moderated family conversations regarding complex educational decisions, lending our expertise to reduce the risk of malinvestment. For more information, contact us. 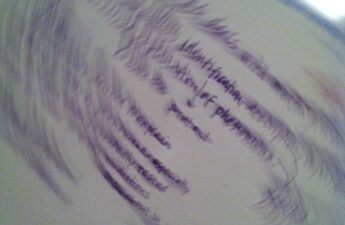